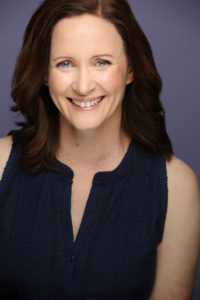 Jean is back in the habit again, up in beautiful Woodstock, VT appearing as the Mother Superior – Sister Mary Regina, in Nunsense at the Artistree Music Theatre Festival. Come up and get blessed by this fabulous group of Nuns!

Jean returned from Geva Theatre in Rochester, NY and another successful run as Sister Mary Lazarus in Sister Act!

Jean was back at The Arrow Rock Lyceum and playing Mrs. Gibbs in the classic play, Our Town.

Jean was able to return this year to Geva Theatre to bring back their traditional production of A Christmas Carol where she has the joy of playing Mrs. Cratchit, Mrs. Fezziwig and Mrs. Dilber.

Jean was beyond thrilled to make her return to live theater at one of her favorite theaters The Arrow Rock Lyceum! Jean played Sister Mary Lazarus in Sister Act and then moved right into the role of Helen Hubbard in Murder On The Orient Express.

Jean was able to make a long time dream come true and has recorded some of her favorite songs on her albumette Have Your Cake And Swing It Too! This mini album includes some swing, rockabilly and old time gems recorded by top flight musicians and mixed by one of the best engineers in the business – Andy Duncan. The entire venture was a quarantine project made possible by the executive producer and band/vocal arranger, Loren Van Brenk of On The Brenk Productions. Available for purchase on Amazon and Itunes. Be sure to get yourself a piece of cake!

Be sure to get yourself a piece of cake by clicking here! 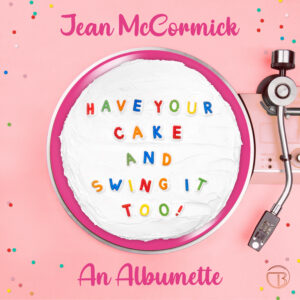 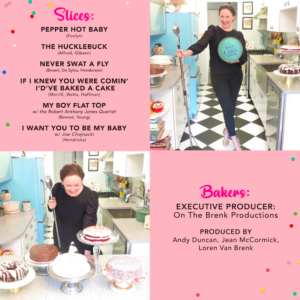 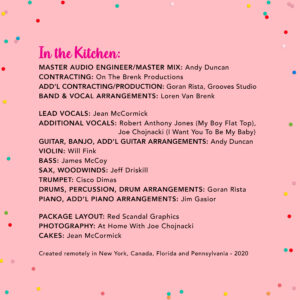 She also took part in the Geva Theater Happiness Hour! Tune in for backstage stories from A Christmas Carol!

Jean booked and shot her first Co-Star on the new show Monsterland – Now on Hulu!

Jean was also back up at Geva Theatre in Rochester for another season of A Christmas Carol, playing Mrs. Cratchit, Mrs. Fezziwig and Mrs. Dilber.

Jean and her writing partner, Loren Van Brenk, put together their 5th show for the ships of Royal Caribbean – Touch the Sky.

Jean spent the summer at the Arrow Rock Lyceum Theatre in historic Arrow Rock, Missouri! Performing in Cinderella, All Shook Up and 9 to 5.

Jean played the role of Joan Quigley in a reading of the new play Joan and Nancy – about the relationship between Nancy Reagan and her astrologer, which took place at The Barrow Group.

Jean performed another solo show at The Community Club of Garden City and Hempstead – A Century of Song – to celebrate the clubs 100th anniversary. As well as more gigs with The Switch!

Jean returned from a successful run as Kate in Sylvia at New London Barn Playhouse in beautiful New Hampshire. It was a quick rehearsal process and even quicker run, but, full of lovely people, including great audiences! http://www.nlbarn.org

She was also recently on board the newest Royal Caribbean ship, Symphony of the Seas, in order to attend the opening of her latest effort for the company, Flight – co-written with her creative partner, Loren Van Brenk and On The Brenk Productions.

Jean had another great Christmas Carol season up at www.gevatheatre.org in Rochester. She, once again, took on the roles of Mrs. Cratchit, Mrs. Fezziwig and Mrs. Dilber – and had a blast!

Fulfilled a lifelong goal of putting on spandex and shimmying in public – playing Rosie in Mamma Mia at www.northernstage.org – directed by Producing Artistic Director, Carol Dunne.

Jean was lucky enough to be able to head back to www.gevatheatre.org to again, be a part of their annual production of A Christmas Carol, playing Mrs. Cratchit, Mrs. Fezziwig and Mrs. Dilber.

The summer and fall were spent performing lots of gigs with The Switch (www.theswitchmusic.com) all over Long Island, traveling with husband, Joe, plus buying a home, moving, and renovating.

Jean was able to make a long time dream come true – being a part of a production of Sweeney Todd (Ensemble/Lovett Cover) – and what a production it was! Featuring a stand out cast of Broadway veterans, a top notch creative team, and reimagined orchestrations from Grammy nominated band DeVotchka. This one was truly special. www.denvercenter.org

Also, her Royal Caribbean show, Columbus!  – opened on the Harmony of the Seas and quickly became the number one show in the fleet!

Jean took part in the Overtures New Musical Reading Series at Gallery Players. Til Death Do Us Part, written by Bobby Cronin and Caroline Prugh is inspired by a true story and examines the roles of gender within the church, and what it really means to be a parent.

November and December were happily spent up in Rochester, NY at The Geva Theatre (www.gevatheatre.org)  – participating in their annual production of A Christmas Carol under the direction of Artistic Director Mark Cuddy.  In the roles of Mrs. Cratchit, Mrs. Fezziwig, and Mrs. Dilber – it was a wonderful holiday season.

She also had a chance to debut a new project, with husband Joe Chojnacki, at The Community Club of Garden City and Hempstead called The Sherman Brothers, Walt, and The Fair – about the major influence the music of The Sherman Brothers and Walt Disney had at the ’64-’65 New York Worlds Fair.

Jean was thrilled to take part in a reading of the new musical On The Air at the York Theatre Company, once again having the opportunity to work with the incredible Hunter Foster  – along with a fabulously talented cast and creative team. www.ontheairthemusical.com

Jean completed a terrific run of My Fair Lady at The Cape Playhouse, as a member of the ensemble, and Mrs. Eynsford-Hill. Directed by Hunter Foster, and starring Ashley Brown and Jeff McCarthy, the show was a huge success with both audiences and critics alike. www.capeplayhouse.com